Turkish TV series catch us and make us fall in love with their stories, which, although they sometimes resemble each other, do not stop having their characteristic elements that make each of these novels special.

And this time we come to talk about “The Bride of Istanbul“, a drama novel that, although it is far from being innovative and avant-garde, has become a boom. If you are a fan of Turkish soap operas, don’t hesitate to watch it. Here we will tell you everything you need to know about The Bride of Istanbul.

Plot of the series The Bride of Istanbul

The turkish series The Bride of Istanbul, known in its original language as “Istanbullu Gelin“, tells us the story of a beautiful and proud young woman named Süreyya, who despite growing up without parents, never fainted and faced life alone.

An independent and modern personality, Süreyya managed to become a violinist, leads a modest but quiet life. One day she meets and falls in love with Faruk, a rich and charismatic businessman, who, despite his modern upbringing, her family is conservative, and he is strongly attached to her.

The love between a free-spirited woman and a man from a conservative family will be the central axis of this novel, which will take place mostly in a mansion that is four centuries old, and which will be the scene of family tensions between Süreyya, her mother-in-law and brothers-in-law.

Thus, for love, Süreyya will have to fight against all the problems caused by her mother-in-law and her husband’s brothers. For his part, Faruk will have to face an enemy who will appear at the most unexpected moment.

Thus, with all these events, the mansion will be shaken and all the members of the family will participate in one way or another in it.

The Bride of Istanbul has 3 seasons and 87 episodes in its original version, while the international version has 301 full episodes. Each episode has a duration ranging from 120 to 140 minutes.

The seasons and episodes of the series (Original Version) are organized as follows:

Cast of telenovela The Bride of Istanbul.

The series was directed by Zeynep Günay Tan and Deniz Koloş, and its cast is as follows:

Where to watch online and in English subtitles

In the United States and Puerto Rico the series can be seen in Latin Spanish on the channel Pasiones. This series can be found with English subtitles on various online platforms.

If you like the Turkish TV series Bride of Istanbul (Istanbullu Gelin), we also recommend these series you can find below. 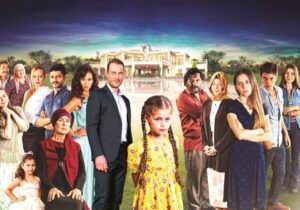 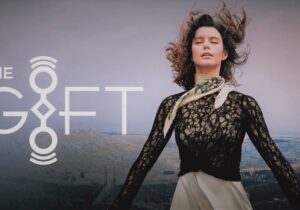