My Home My Destiny, also known as Doğduğun Ev Kaderindir, is a Turkish series that is causing a furor in all the countries where it has been released. This Turkish drama was first aired during Christmas 2019 in Turkey and unfortunately, its filming had to be interrupted due to the pandemic.

However, such was its success and acceptance by the Turkish public that the production company decided to resume filming after the summer break.

My Home, My Destiny is a TV drama based on a true story and is an adaptation of the novel by Gulseren Budayicioglu entitled The Girl Behind the Glass (Camdaki Kiz). Undoubtedly, it is a guaranteed success that many international channels are betting on.

Plot of Turkish series My Home My Destiny

The story centers on Zeynep, a young woman whose plans for the future go awry when her biological mother appears and shows her a new world that has nothing to do with the comfortable life she had led up to that moment. In her old neighborhood, Zeynep will discover other values and will also meet Mehdi, the man who will change her life forever.

Zeynep (Demet Özdemir) was given to a wealthy family when she was very young, as her biological parents were in a bad financial situation, and her father was an alcoholic and abusive. Her 13-year-old brother had just died, due to an illness that was not treated because of the poverty in which they lived. Thus, for twelve years, the girl grows up in luxury and even manages to go to university.

For his part, Mehdi (İbrahim Çelikkol) is a good-hearted mechanic but is also marked by family circumstances during his childhood, which causes him to have no interest in getting married. However, he is pressured by his mother to do so and start a family.

Now, Zeynep is engaged to a wealthy man and is about to start her graduate studies, when her past comes back to find her and take her to her natural home, where she has many sad memories, but she is willing to face them for her mother, whom she is not willing to leave a second time. The girl’s guilt and insecurities mean that her biological mother can manipulate her to return to her origins and abandon the luxurious life she had. The dilemma of choosing between her real mother and the mother who raised her leads Zeinep to be alienated from both her current world and the world of her childhood, always looking for a balance and a place in life, which she is unable to achieve?

This is how Zeynep, who recently returned to the neighborhood of her childhood, ends up meeting Medhi, first casually and then to get to know each other in order to accede to the desire of their mothers to be possibly engaged to be married. The wedding finally takes place and they will have to fight with a series of elements against them to achieve their happiness, far from all that sadness that was their life when they were children and that still in their present resists leaving them. The issue of domestic violence, the desire for self-improvement, and childhood traumas, will be a major obstacles in the family they have decided to forge.

My home, my destiny. A telenovela based on real events that are sweeping with its second season in Turkey and now arrives on our screens ready to conquer the public with the story of Zeynep, a woman with a heart divided between two very different social realities, with the peculiarity that she belongs to both.

Where to watch My Home My Destiny

The official broadcasting channel of the series is TV8. In addition, you can watch the series and all the full episodes in English on various online platforms such as the one shown below. Of course, the quality of the series may be far from the best, after all, it is always better to opt for original products.

If you like the Turkish TV series My Home My Destiny (Doğduğun Ev Kaderindir), we also recommend these series you can find below. 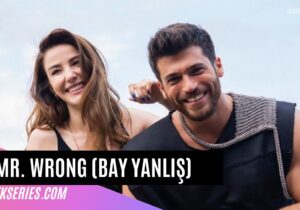